Jewish Feasts from around the World

The Chosen Food Supper Club has wrapped up for the 2017 season. Thank you to everyone who joined us for one of our eight dinners held between April and October. Together we enjoyed food and memories from some of the many corners of the world where the families of our community originate. We hope you enjoyed this series as much as we did!

To be the first to hear about our upcoming projects, sign up to receive our email newsletter.

Presented in collaboration with the Contemporary Art Gallery

Presented in collaboration with the HUA Foundation

Delights from the Jews of Rhodes

From Cape Town with Love: A South African Barbecue

Presented in partnership with the Louis Brier Jewish Aged Foundation

The Chosen Food Supper Club was part of the JMABC 2017 public programming series Feeding Community, celebrating the important role of food in maintaining Jewish tradition and history through generations of BC Jews. Feeding Community was made possible through the support of Instafund, The Jewish Federation of Greater Vancouver, the Jewish Community Foundation, and the Governments of Canada, British Columbia, and the City of Vancovuer. Other components of Feeding Community included the podcast The Kitchen Stories;  the four-part event series Nourishing Tradition, offered in collaboration with the Jewish Seniors Alliance; and the Britannia Sukkot Festival, offered in collaboration with the Grandview Woodland Food Connection. 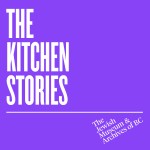 The Chosen Food in the Press

The Life and Times of Diasporic Cuisines
Corey Mintz, The Globe and Mail
March 27, 2017 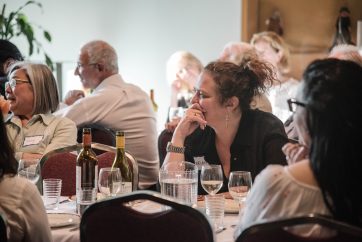